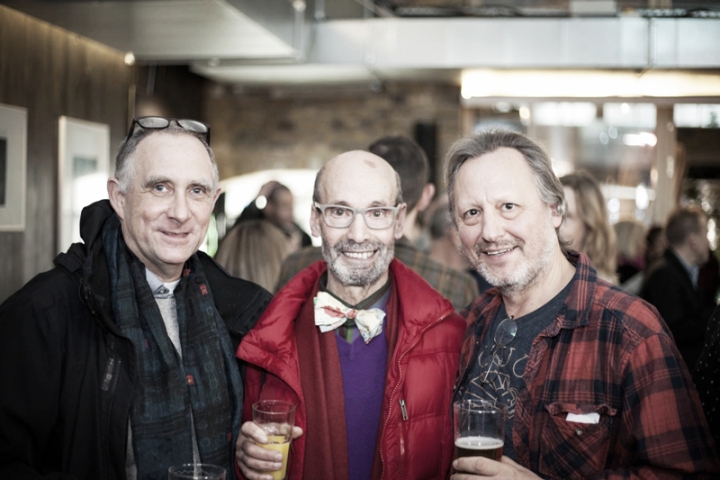 An Evening with the British Spartathlon Team

(Write up by David Bone)

Anyone who has ever been involved with Spartathlon knows that it consumes you. You race, crew or “follow the dots” and you want more.

In a matter of days after finishing his first Spartathlon in 2017 Darren Strachan knew that he just wanted to get as many of the awesome British Spartathlon Team (BST) back together to recreate the beautiful nights shared in the Greek Glyfada hotel rooftop bars, where the post-race celebrations take place.

This seed of an idea became the triumphant BST event hosted in London’s Institute of Light venue.

One of the first to respond to Darren’s idea on the BST FaceBook page was Barney (Spender). Barney had made the 2014 film ‘The Road to Sparta’ (which epically captures the fortunes of our very own Rob Pinnington and Mark Woolley – alongside Greek runner Angela Terzi and ultra-legend Dean Karnazes). Barney saw this as a perfect opportunity to show the film for the first time in the UK and also he and partner Roddy wanted to waive all fees so that we could start the idea of raising funds for Mimi Anderson and the “Free to Run” charity.

There followed several beautiful communication threads where we entertained the idea of getting Dan Lawson back from India early, for our very own ultra podcast legend James Elson to front a Q&A panel and the whole BST community looking at seeing who we could invite from the list of the earliest BST runners and winners. In addition, it seemed appropriate that this could be the first time in the BST history that a proper hand-over of the trophies could be done from former to current holders. Lawrence Eccles became an amazing supporter of this and he also added two additional trophies into the mix.

So on Friday 2nd Feb 2018 the great and the beautiful from the BST community began to gather in East London. Darren and I were particularly nervous because only we knew that a decent amount needed to be spent behind the bar to cover the costs of the night and without a guarantee of (Paul) Beechey/(Paul “Rowli” Rowlison/Dunc (Cornish) being there we didn’t know if it was only going to be a gathering of ‘mindful drinkers’. Thankfully there was a great early turn-out and folk got stuck into the welcome Mythos and early ‘pinole balls’ provided by one of the BST sponsors Alex Littaye from “Peak Pinole”. VIP guests also gathered from around the world but the stand-out was friend and Spartathlon 2017 finisher Dennis Gamroth who had just landed from the US with his wife Sharon. 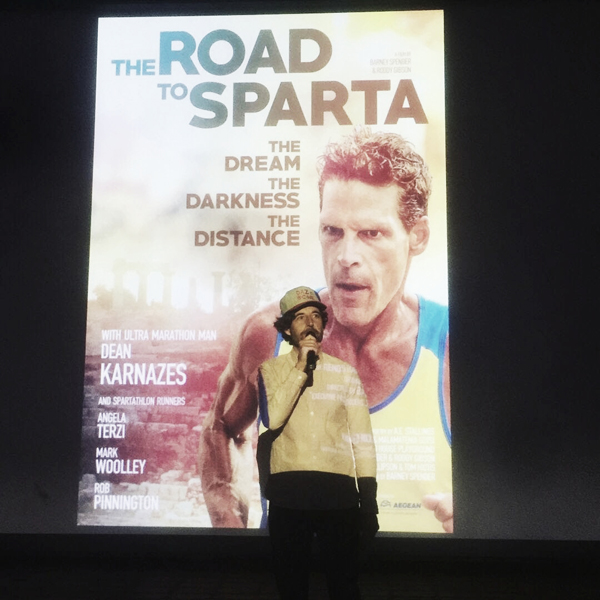 After much merriment in the bar and the viewing of the film it was over to our friend Andy Nuttall (from The Ultra Mag) to compere a Q&A session with the legendary Dan Lawson, Mimi Anderson and James Zarei. For those that don’t know (and there were probably many of us on the night too) James was a winner of Spartathlon in 1994 and 1995 as well as holding 4 of our top 10 fastest BST finishes. Reading the BST FaceBook page it appears that many of us were captivated by James and his many pearls of wisdom, not least the advice that we should all “ditch the watch” and appreciate running for the simple pleasure that it can bring us all. I know that there is a strong feeling amongst the BST community that we would love to support getting James back into ultra-running.

The Q&A session was one of the real highlights of the event with many sharing that they were inspired by both the stories of Dan’s epic successes and general healthy approach to running and Mimi who made many of us shed a tear sharing her recent brilliant race across America and her battle to just ‘get back running’. Everyone in the BST wishes Mimi all the very best.

After plenty of comical mis-timings (come on this was the first time we had done most of this!) we got the following up to receive their much-deserved trophies and deliver a few words:

Finish after most DNFs – Laurence Chownsmith

Another special moment came when Ian Thomas beautifully shared what a pleasure it was for him to have the opportunity to hand over the Michael Callaghan Trophy to the well-deserved Welsh Wizard Nathan Flear. There’s no doubt that this trophy will get harder to win in the coming years. Nathan said, “The trophy was first presented to Spartathlon winner Patrick Macke in 1985 so I feel very honoured to look after it for the next year or so”

Congratulation to all the winners.

With no time to lose it was back to the bar for some the remainder of the tasty Greek food and the final hour of raucous banter. Throughout the evening we had also been hosting a silent auction – raising for “Free to Run” charity. Ever present in supporting this was our own BST Angel Doctor Dora Papadopoulou. Dora had put together a basket full of the most delicious Greek based foods and oils and so there was plenty of cheeky banter trying to get a decent bid with this one. In addition, the ever generous and long-time BST supporter Keith Godden (Ultramarathon Running Store) offered two pairs of Hoka Shoes and James Elson (Centurion Running) entry in to any of their 2018 events. When Andy (Nuttall) wasn’t helping out with the organising he also chipped in with a donation of a year’s subscription to his Ultra magazine. With our dear friend (and 2017 Sparta finisher) Vassos (Alexander) being unable to attend he also kindly donated several copies of his new book “Running up that Hill”. A huge thank you to everyone who put in bids.

We are still in negotiation on who is the actual winner/new owner of Robbie Britton’s kindly donated mug with “First to Corinth Suckers, and Paid the Price”. We are still adding up the total, but we have raised in excess of £700. So, another success to the night.

We have sent out a feedback request to those who bought tickets via EventBrite and we will share this on BST FaceBook page soon. You can also see plenty of on-going conversation about hosting the next annual trophy giving event in 2019. See you all there.

(Many thanks to Darren & David for kindly organising the above event which was well received by everyone, Paul).

The British Spartathlon Team could not successfully operate without our kind sponsors. Please visit their websites and make use of their services if you have a need. 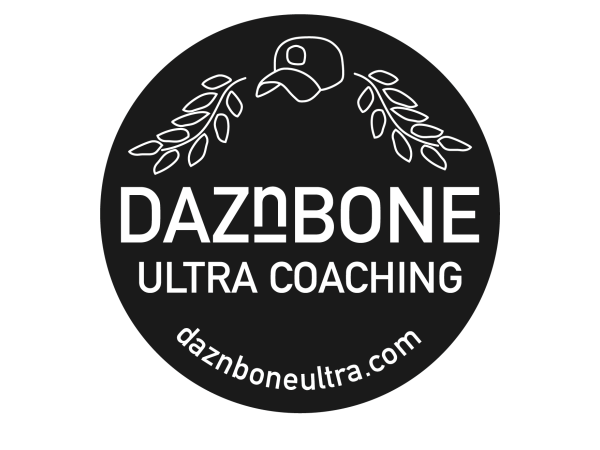