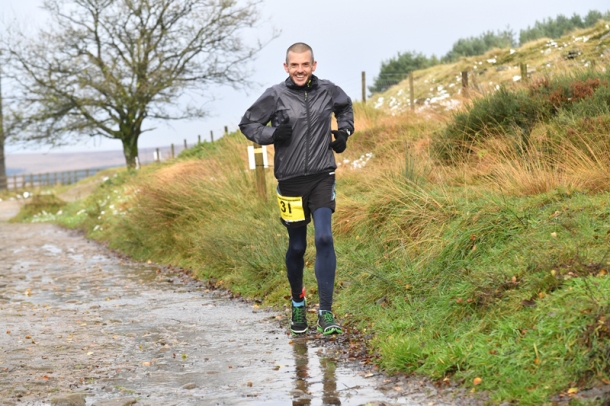 Occupation: My background is in Sales & Marketing although recent work has been more running/fitness focussed, including setting up a running magazine, coaching, personal training software, and Race events.

I don’t really have much of a running background, I started running 2 years ago to lose weight, I was 16 stone, a heavy smoker, drinking quite a bit, and living off junk food at the time.

1st Ultra was a 50k IN July 2015, 6 months after I started running, then a 50 Miler 3 months later, they were both very slow but I loved doing them and was immensely proud to finish them.

I love to run all distances, from parkruns to trail 100 milers, to road 100k’s to track ultras.

Being selected to represent Wales at the Anglo Celtic Plate 100k in May this year and auto qualifying for Spartathlon. Also winning the Welsh Ultra championships at the Barry 40 Mile track race this year, and wins at Robin Hood 100, Ham & Lyme 100k, and Flitch Way 100k.

What events do you have planned for 2016 up to Spartathlon?

Probably too many.. I have races planned nearly every weekend leading up to the summer including quite a few Ultras with most being used as training runs for Spartathlon. The main ones though are, Anglo Celtic Plate/UK 100k Champs in May, Belfast 24 hour in July, and a few Albion running races too, also a few marathons including London.

Go out at a fairly decent pace and hold on for as long as I can.

At the moment I’m just trying to hit 100+ miles consistently, running twice a day including 2 hard sessions, a race and a long run, the sessions usually consist of hill reps and longer intervals or fartlek, this will change leading into the 3 months before Spartathlon where I’ll drop the weekly races and a session and build up to 150 miles per week with most runs at goal pace.

Enjoy it, and when it hurts just pretend that you’re enjoying it.

I’ve just realised how boring I am by trying to think of something interesting about myself and coming up with nothing..

As soon as the kids break up from school for the summer, I have 2 daughters aged 7 and 4 and a baby boy of 1, we will be going over to Bulgaria for 6 weeks, I’m hoping this will help with the heat plus it’ll be a lot more enjoyable putting in the big mileage weeks in the sun. My poor family think we’re going there for a holiday though.

Hopefully my wife but it depends if grandparents can have the children or not, it would be nice to have them all there at the finish but probably not realistic, so we’ll see.