I ran road & track way back in the 90s when I was younger, fitter distances were shorter and I recovered quicker. Competed reasonably well at Junior level, but gave up running once I found pies and beer at 18.

I started running again after I realised I’d spent 24 years eating way too many pies, but found I was much slower than I had been.

My introduction to Ultras was seeing Mimi on the Russell Howard Show.

It seemed a marvelously insane thing to do, so I decided to try.

My first true Ultra was the SVP 100k, though I’d done a lot of 24h walking so had the legs to get through, but leading through half way was probably not the best tactic and I blew up spectacularly – we all make mistakes in the beginning.

When or where are we most likely to see you?

Jogle completion (and half way back again), 2 Joust wins, 2nd in the Thames Ring, eating all the pies at every event I do.

UTMB – I bailed at CP1 after realising I can’t do hills and don’t like skinny kids with sticks jabbing me down hillsides while I lumber along.

What events do you have planned for 2019 up to Spartathlon?

Run a bit, walk a bit, eat lots of pies

I don’t really train, so there’s no typical week. I might go out for a 60 on a weekend, but I tend to use my races as training and build-up for the main events.

I have a thing for costumes.

Nope, though I’ve been trying to get in since I started Ultras in 2013.

The mountain. Potential lack of pies.

Not sure yet. Probably eating less pies and doing some training.

I don’t really do crewed. It’ll be nice not to be packing  a Sawyer filter for once.

Or maybe I should.. 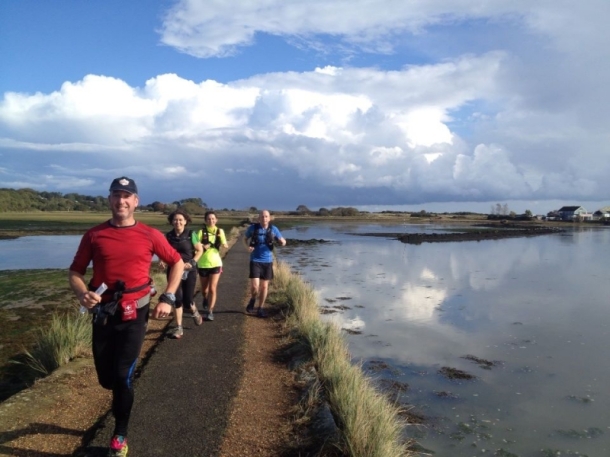